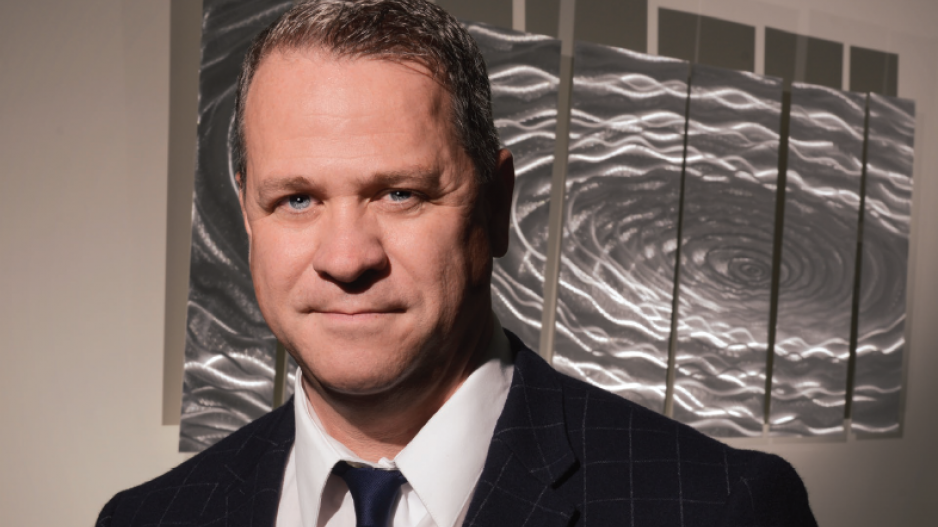 Working on One World Trade Center in New York was as inspiring and thrilling you would expect it to be, said Ewen Dobbie, president and CEO of Dowco Consultants Ltd. His company was brought on board in 2008 to help with steel detailing (3D modelling) for two separate areas and the antenna of the structure, built to replace the twin World Trade Center towers destroyed in the September 11, 2001, terrorist attacks. Even for someone like Dobbie, who’s worked on other notable sites like the Vancouver Convention Centre Expansion Project, Chicago Millennium Park and the Panama Museum of Biodiversity, this was still something special.

“Working on the One World Trade Center project was definitely the most significant, most meaningful and most symbolic project we had every worked on, or ever would work on,” Dobbie said. “To everyone at our company, the project was a symbol of the resilience of the American people, an example of the power of the human spirit and, ultimately, good overcoming evil.”

Dowco, an international company with headquarters in Surrey, specializes in various building information modelling (BIM) services for the construction industry. Dobbie recently returned from New York, where he attended the American Institute of Steel Construction’s Innovative Design in Engineering and Architecture with Structural Steel (IDEAS2) award ceremony, which took place inside the finished tower. Dobbie said the ceremony, in which Dowco received the IDEAS2 award, was an emotional event.

One World Trade Center has had a number of setbacks and controversies from its inception until now, including sustaining a flood, an earthquake and multiple public disputes over design, but they weren’t belaboured at the ceremony.

“There were all kinds of roadblocks,” Dobbie said. “None of [the speakers] talked about that. They all talked about what it meant to them personally and the significance of it.”

When One World Trade Center started construction in 2006, various authorities and victims’ families were still arguing over design elements, and it took New York’s then-mayor Michael Bloomberg months of negotiations to appease all the parties involved.

As the building went up, reports of delayed payments to contractors surfaced. Dobbie said Dowco was no different.

“This project sucked up a lot of our resources, and payment was a little bit slower than we would’ve expected on a project of this nature. So we did have bigger carrying costs through the duration of this project, which was difficult for us.”

However, he said he would take the contract on again in a heartbeat.

“As a Canadian company, we appreciated that this significant and globally impactful project was unprecedented. And we will always be proud to have collaborated on this project with our closest neighbours.”

When it comes to Dobbie personally, 9/11 is etched in his memory, and for good reason. On the morning of September 11, 2001, Dobbie was at the Vancouver International Airport about to fly to Europe, and less than a year before the towers fell, he was inside one of the buildings.

“I definitely have a real visceral feeling and experience with those structures myself, that’s for sure.”

Dowco got its start in the 1970s with Dobbie’s father, Hugh. They started as a three-man outfit with nothing more than a blueprint machine. When Dobbie graduated from the University of British Columbia in 1990, he went straight to work with the company, and over the past 22 years has managed both the technology and software sales divisions, and the 3D modelling and detailing services business. The company has grown rapidly and now employs more than 180 people and has offices in Burnaby, Ontario, the Philippines and England.

“It started as a simple drafting company providing structural drafting to fabricators in the Pacific Northwest,” Dobbie said. “And systematically we’ve become one of the world players, where we get to work on power plants and stadiums, really iconic structures around the world.”

However, with all these achievements under his belt, Dobbie is keen to get back to what matters to him most, his wife and two kids. His close friend, David Norman, a former Vancouver Whitecaps and Canadian national team midfielder, said even though Dobbie works long hours, he knows where his priorities lie.

“No. 1, first and foremost, we’re both strong family men,” said Norman, a partner with Tomlinson Alliance Group Financial. Norman’s company is located right beside Dobbie’s offices in Surrey, and they handle Dowco’s group benefits. The two also frequently have lunch together to bounce business ideas off one another.

“We have the same set of values. That we want to be strong providers and strong family men.”

“Family is not just an important thing, it is everything.”